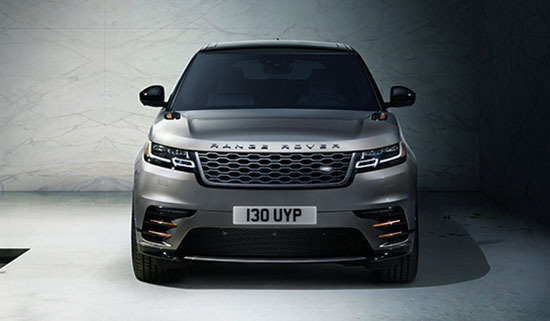 For those of you who watched the unveiling of the Range Rover Velar at London’s famous Design Museum, either in person or via the live stream – and for those of you who didn’t, here’s a bit more about the new addition to Land Rover’s luxury line-up including a chance to watch the live reveal again…

The Velar us the fourth Range Rover to reach the market so far and boy are JLR taking it by storm. It’ll be sold in 100 markets globally from the summer, slotting into a segment dominated by cars like the Porsche Macan and Jaguar F-Pace.

The Range Rover Velar is being launched into a family of models that already contribute £10 billion to the UK economy each year. This makes the Range Rover Britain’s biggest luxury export, and one that accounts for 85% of all luxury vehicles built here.

Jaguar Land Rover CEO Ralf Speth said in the run up to the car’s reveal “The expansion of our product range and building this British designed and engineered car in the UK is a sign of our confidence in British manufacturing.

“We are leading the global premium car industry with our commitment to our home market and our heart, soul and headquarters will always be in the UK.”

The Velar arrives after JLR invested £1.5 billion into its Solihull manufacturing plant, where it the new model will be built alongside the Jaguar XE and F-Pace. Solihull is one of four JLR UK manufacturing plants, with 40,000 people employed across the sites. Land Rover said its business supports 250,000 jobs in the wider supply chain.

During the launch, attended by stars of screen and from JLR themselves, we saw more information abut the design and build of this fabulous car with almost limitless options including one for a ‘vegetarian interior’ – which we think they’ll shift by the ton. To watch it again, or the first time just press play below…